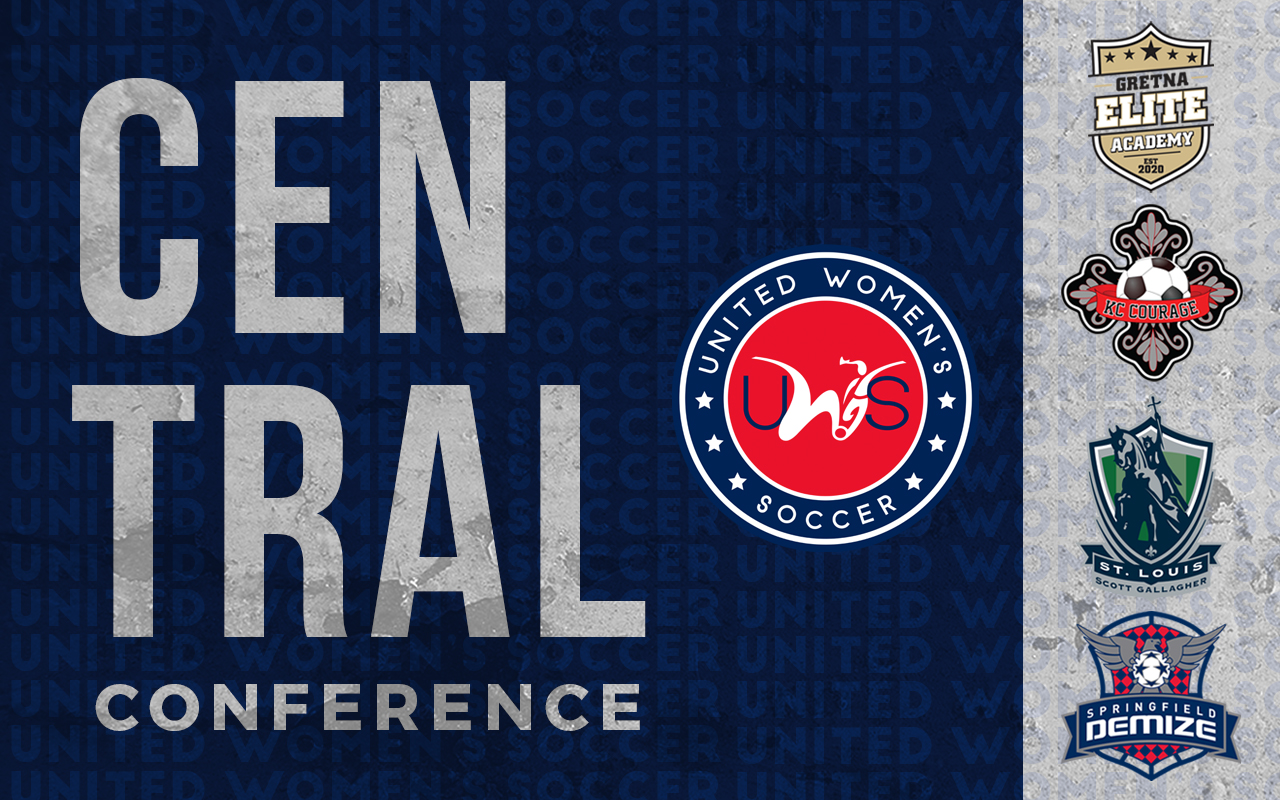 “We are ecstatic to unveil a new conference in UWS,'' said Joseph Ferrara, Jr., League Commissioner. “The initial group of accepted teams are a combination of well-established women's teams alongside highly regarded organizations on a national level. What was most rewarding was the aligning of similar philosophies between team and league. We are extremely sensitive to the current climate and the challenges that teams are facing. To work hand in hand with a group of people to help them and promote the sport of women's soccer is fulfilling to all of us. The heartland area has been a tremendous hotbed for soccer and we look forward to more teams joining.”

Gretna Elite Academy (GEA) comes in as immediate favorites, having captured a Heartland Conference crown in the WPSL last season with an 8-1-1 record. The Gretna, Nebraska-based U23 team was formed in 2018 and acts as the culmination of an extremely deep academy system, which begins at U4 and continues through collegiate years. Their addition to UWS will help GEA continue its mission to promote growth and development of every player on and off the field, past the traditional U19 end point for academy systems.

Marcus Kelcher, GEA’s Head Coach and ECNL Director had only positive remarks about the transition. “After months of regular communication with the leadership of United Women's Soccer, we felt that the integrity, values and competitive ambitions of the UWS perfectly matched that of our franchise at Gretna Elite Academy. We feel that next year's inaugural season of the Central Conference will provide our players with exactly what we were looking for in a summer developmental platform for our players. We are looking forward to next season and to the start of what will be an incredible partnership with the UWS. On behalf of our conference, I would like to thank both Stephanie (Cleaves) and Joe (Ferrara, Jr.) for their tireless work in creating this opportunity for our team and its players.”

The Kansas-based team, KC Courage, moves to UWS after seven seasons in the WPSL. Founded in 2014, the KC Courage is a non-profit, volunteer run organization promoting and developing the character of young women through the sport of soccer. To this end, the KC Courage provides a high school soccer alternative training program in the spring and an amateur women’s team.

The KC Courage is also active in the KC metro soccer community in partnership with Youth RISE KC working with underserved youth. Owner, Wendy Louque, and player, Ann Murphy, represented Sporting Kansas City as MLS Works Community MVPs in 2018 and 2019. In addition, Ann Murphy was the recipient of the 2019 Jerry Yeagley Award for Exceptional Personal Achievement given by the United Soccer Coaches Association.

Inclusion, empowerment and giving back to the community are not the only highlights of this new addition to United Women's Soccer. The KC Courage prides itself in the role models that their players play in the community. And although they have seen eight of their players go on to play professionally overseas, Coach Wendy Louque mentions that all of her post-college players are important. The team has a core group of 14+ players that return every year.

St. Louis Scott Gallagher (SLSG) will have their inaugural women’s team compete in the newly-formed UWS conference in 2021. The women’s team will showcase the culmination of a large, vertically-integrated youth system that encompasses parts of both Missouri and Illinois. The SLSG family includes two Elite Clubs National League programs, as well as two Elite Clubs National League - Regional League Programs for girls.  These programs are designed as a professional pathway spanning the U13-U19 age groups. The addition of a women’s team fills out the ideals of the club, continuing its ability to tout a full youth to professional platform for all players.

"SLSG is honored to be included in United Women's Soccer,” stated Steve Pecher, SLSG Director and Vice President.  “From the first moment the league approached us we felt that the opportunity would contribute to our mission as an organization, and it's been exciting to think about being involved in the women's game at this level. The club feels that the UWS' competitive format combined with the professionalism of the league and its front office executives, makes the UWS a great fit for our club and our college aged players.  SLSG is looking forward to the season ahead and providing a platform for aspiring women to play at the highest levels in this country. Huge thank you to Stephanie Cleaves and Joe Ferrara, as they've been exceptional to work with and instrumental in helping SLSG take advantage of this opportunity for our members.”

Chris Hanlon, the Demize Director of Soccer Operations stated, "The United Women's Soccer league was the platform that we felt best aligned with how we want to continue to develop both youth, collegiate, and post collegiate players in Southwest Missouri. We are looking forward to the next chapter of women's soccer in Springfield."

The Central Conference will be competing for the UWS National Championship, alongside East, Midwest, Southwest, and West Conferences beginning in May 2021. Stay tuned for more announcements at uwssoccer.com and connect with @uwssoccer on Facebook, Twitter, and Instagram.