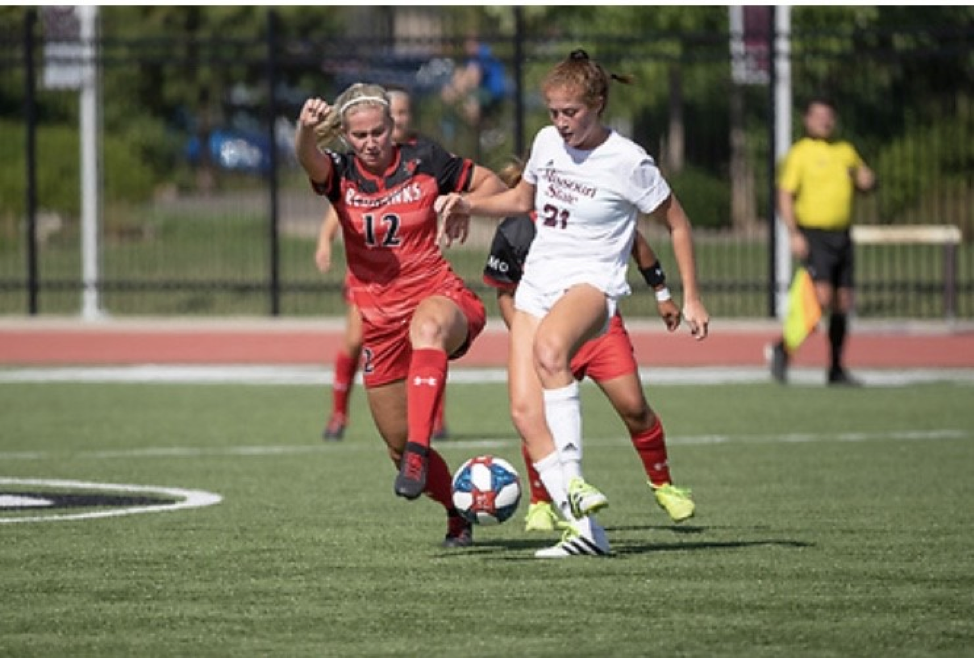 The Springfield Demize UWS team is excited to announce its first local signee Kayleigh Putnam.  Kayleigh started her soccer journey in Omaha, Nebraska playing  for Elite Girls Academy. At  EGA she won 3 state cups, 2 regional titles and competed 2 years at Nationals. After committing to Missouri State University she joined the women’s program playing all four years at MSU, winning the Missouri Valley Conference in 2017, and making the all-tournament team in 2019.  Starting In the summer of 2020 Kayleigh’s soccer journey took another turn as she joined the Sporting Springfield coaching staff. She is currently the head coach of the 08’s and also helps Sporting Girls Director of Coaching and UWS head coach Vernon Croft as an assistant coach with age groups ranging from 09-06. She is now known as Coach KP to hundreds of girls in the Sporting Springfield soccer organization. Kayleigh had this to say, “I am excited to be a part of the Springfield Demize UWS inaugural season and to be playing once again with elite players, some of which have been my teammates at MSU. Growing up playing for the best team in Omaha and playing Division 1 soccer at MSU, I know what it takes to compete at the highest level. I am ready to come out of retirement and to be a role model for all of the girls in Springfield and Southwest Missouri. Being a female coach for Sporting Springfield has allowed me the opportunity to make a positive impact in our community as a coach. They will get to see firsthand what it takes to play at the next level, and I am excited for them to see me in the role of a player and not just their coach.”

Head Coach Vern had this to say about KP “ It is certainly an exciting moment to be able to announce our first of many signings coming up in the next few weeks.  I have had the pleasure of working with KP for nearly a year now and she will be more of a player coach with her knowledge of the game.  The tenacity she showed while a Missouri State allowed them to have some of their most successful years and we look forward to her helping create that such culture with Springfield Demize.

The Springfield Demize UWS will open their season against the Kansas City Courage at Lake Country Soccer Cooper Stadium May 28th, with a kickoff at 4pm. For more information about Sporting Springfield check out their Facebook page or website (www.sportingspringfield.com) and you can follow the Springfield Demize on Instagram and Facebook