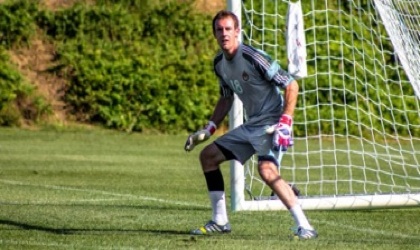 UPDATE: Trevor has signed this March to play with the New England Revolution after the Chivas USA folded at the end of the last MLS season.  Congratulations to Trevor and good luck with the 2015 season.